A tool for assessing ground instability

In a survey using a line of many, equally space electrodes (Fig. 1, black dots), one follows any of several protocols that specify a sequence of steps that each involve current injection at two electrodes and measurement of electrical potential at other electrodes. The measurement protocols, referred to as arrays (e.g., Wenner, Schlumberger, dipole-dipole arrays), produce a large number of individual measurements with distinct differences between the different arrays. The measurements, converted to apparent resistivity, are arranged in a pseudo-section. Fig. 1b and 1c show two pseudo-sections. A pseudo-section is not a cross-section of subsurface resistivity; it is a plot of all measurements.  Survey depth or level (y-axis) is attained by increasing the distance between current electrodes which increases the effective depth of the sensitivity of the survey. 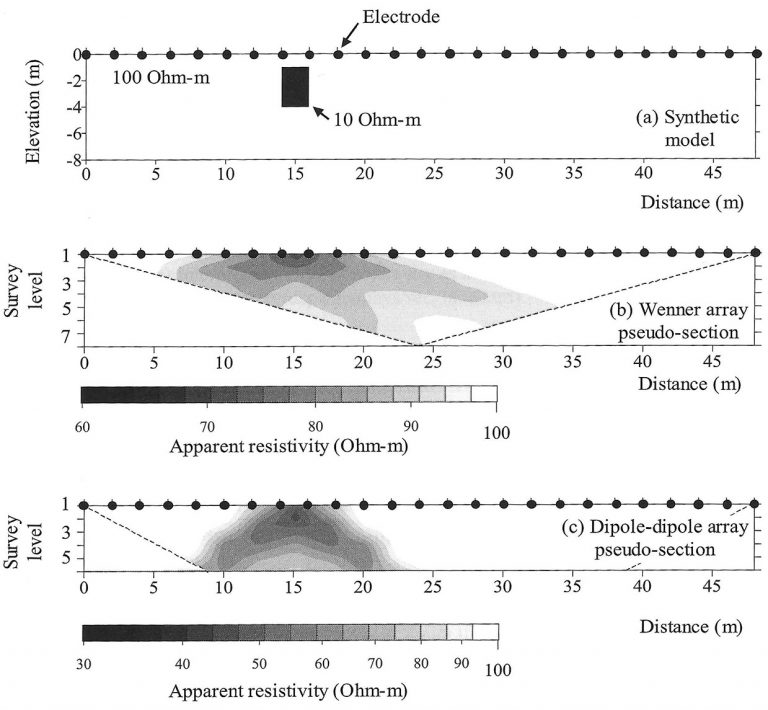 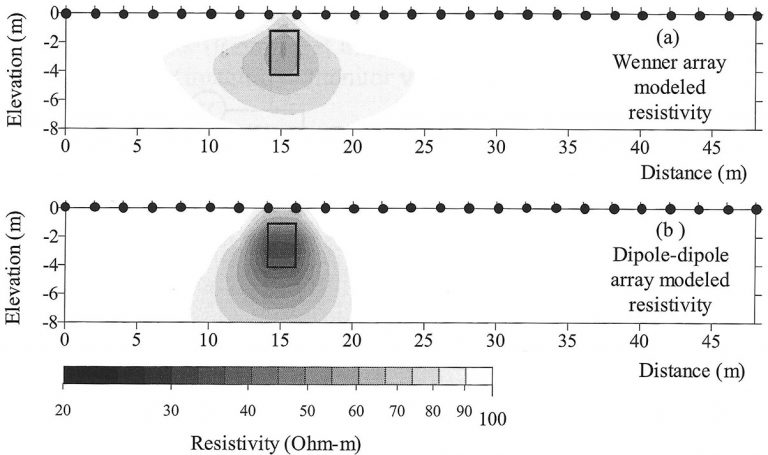